“Cone Zones” Can Be Tough on Vehicles

Spring and summer is THE season for “cone zones”---road construction sites where you will likely hit a bump or two, come across loose stones, and other hazards. These rough road conditions can be tough on a vehicle’s steering and suspension system and can affect your wheel alignment. Read More

WHY YOU SHOULD NEVER SKIP A TIRES ROTATION

Tire rotation is all about moving the existing tires from one wheel to the other, either back to front, left to right or diagonally. This exercise is important as the tires have the tendency to wear unevenly. Read More

Keep Maintaining Your Vehicle Even If It Sits Idle

With a majority of vehicle owners living in areas of the country that have stay-at-home orders, many vehicles may be sitting idle for days or weeks at a time. Read More 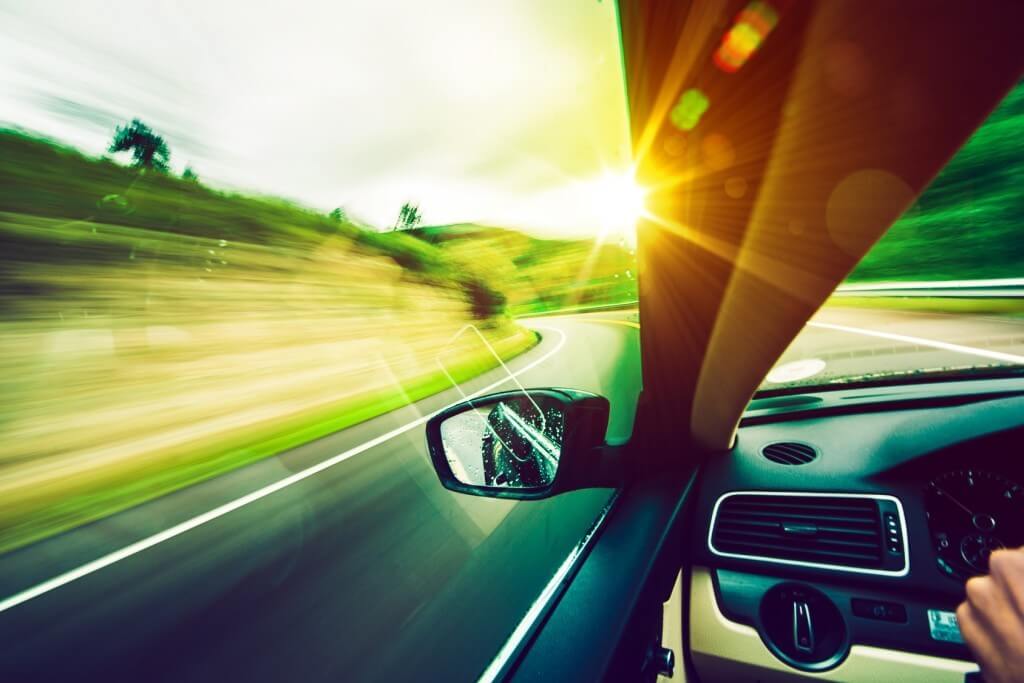 Winter’s cold temperatures and icy conditions have been hard on your car, so it is likely showing some signs of wear and tear. Spring is the perfect time to bring your car in for a full inspection to identify any minor problems, before they become major ones. Read More

We hope you are keeping well and staying healthy during this interesting and challenging time. Over the past two weeks, Sandy Lane has stayed committed to caring for the health and well-being of our staff and clients, and we continue to follow guidelines set out by our health officials. Read More

Disinfect Your Car The Right Way

You've cleaned your whole house from top to bottom, you've scrubbed the doorknobs, brushed your teeth, you've even flossed for the first time in months just because. What about your car? Read More 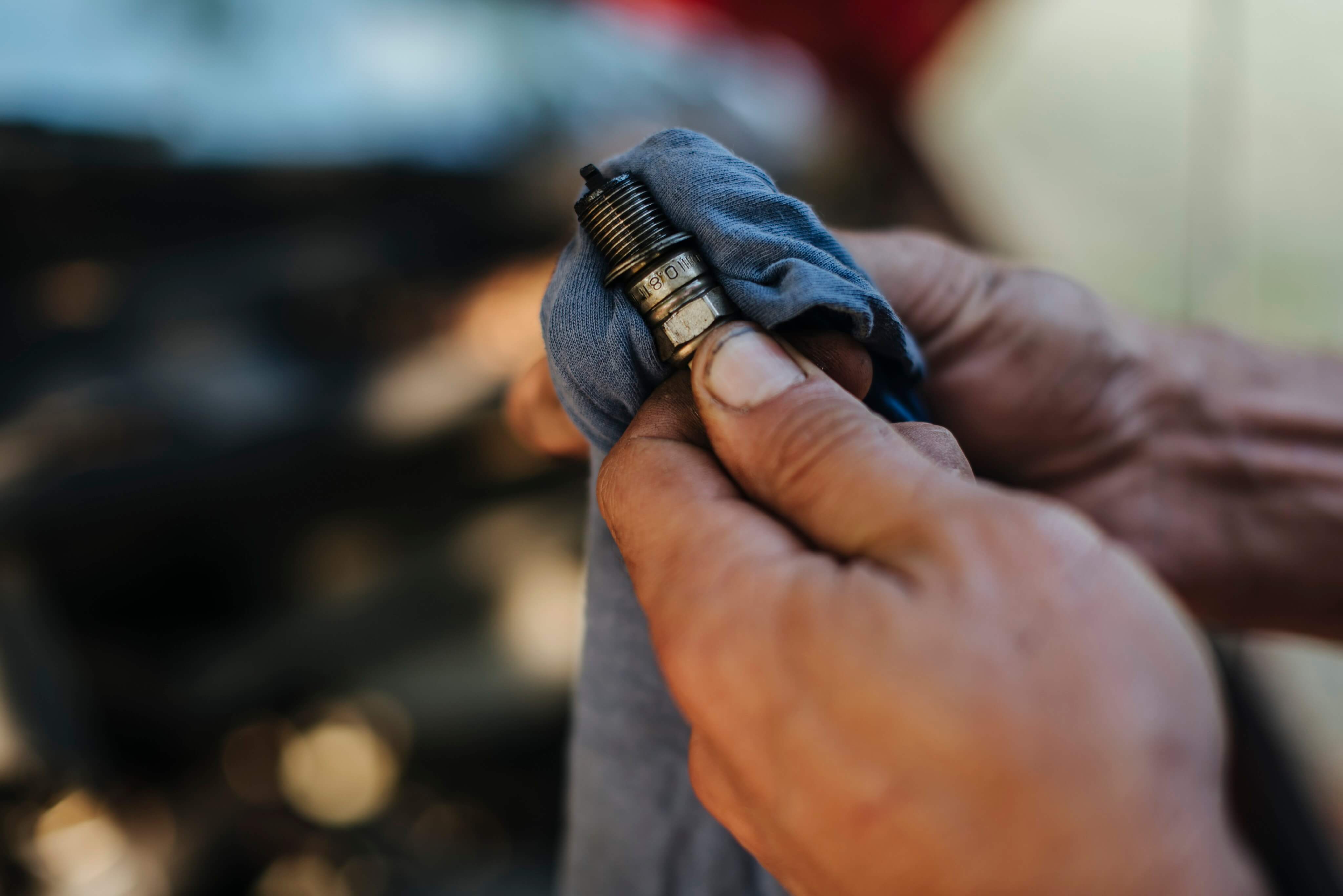 That little engine part called the spark plug performs a huge job in delivering a vehicle’s power, performance, dependability and fuel efficiency and should be replaced periodically. Read More

What is a timing belt and why is it so important to replace them?

Timing belts serve several tasks. The biggest thing a timing belt does is connect the crankshaft to the camshaft. The timing belt is very similar to a serpentine belt however has hundreds of little teeth on the belt itself. If the timing belt is off just one tooth the engine may run rough or may not even run at all. Read More

At the helm of his ship: Chad Helm puts Edmonton on the right side of fashion 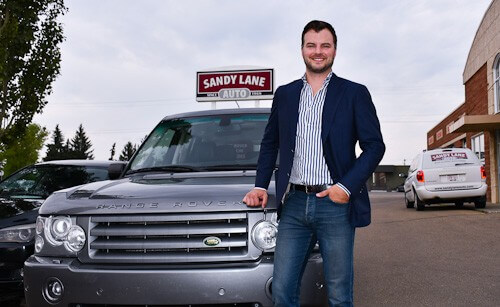 Many an Edmontonian has relied on Chad Helm to befit them in bespoke, and outfit them in the latest in men’s fashions. As a teenager growing up in Edmonton, he was cognizant of a missing emphasis on men’s fashion in the city and set out to change that landscape when he opened his downtown, full-service luxury men’s wear store, The Helm Clothing, in 2012. Read More 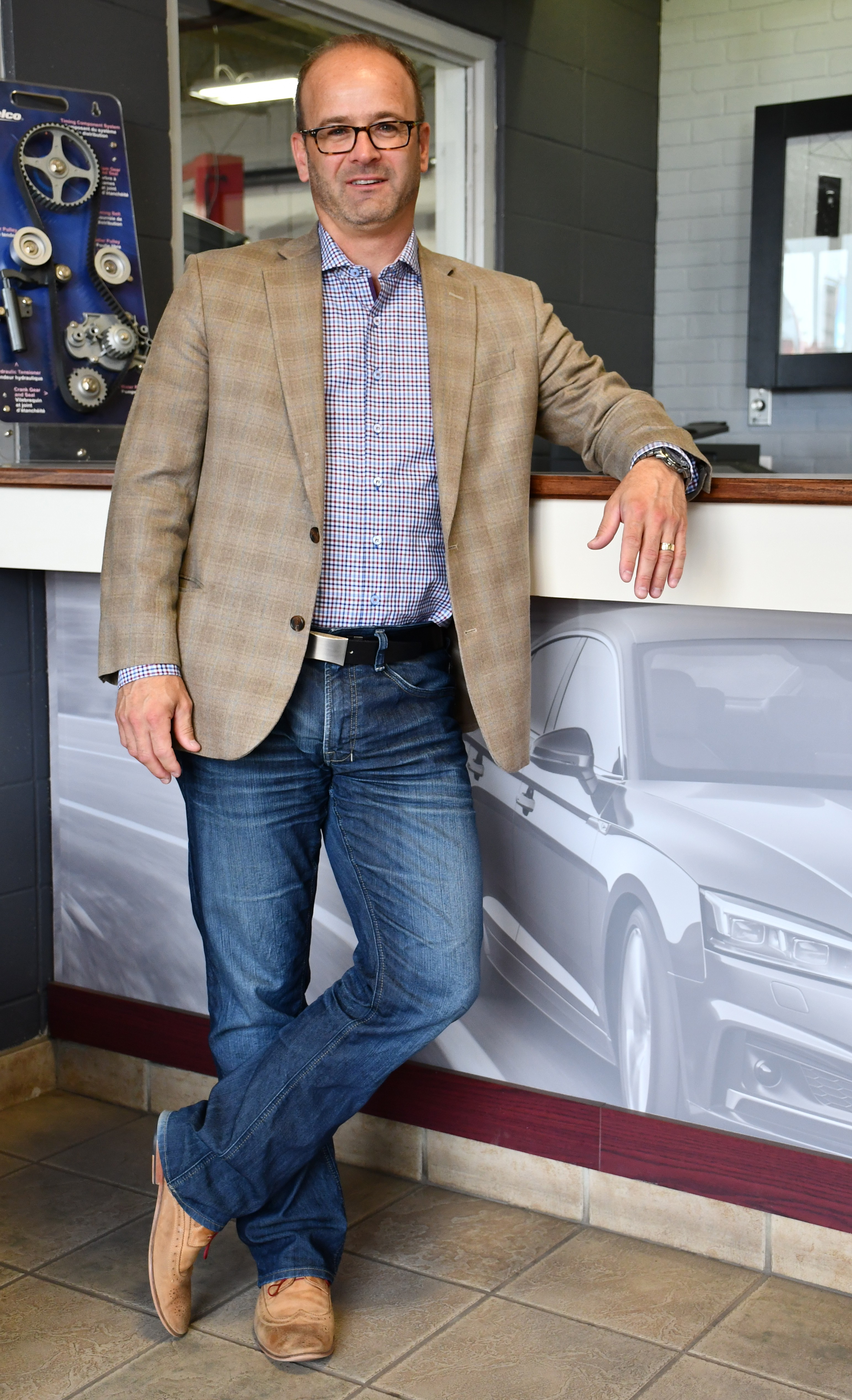 In a past life, Evan Zukiwsky could throw his legs over his head, leap across a stage and keep impressive formations with his Ukrainian Shumka dance team. Read More

A well-maintained car? Gary Redmond will tell you why it’s important 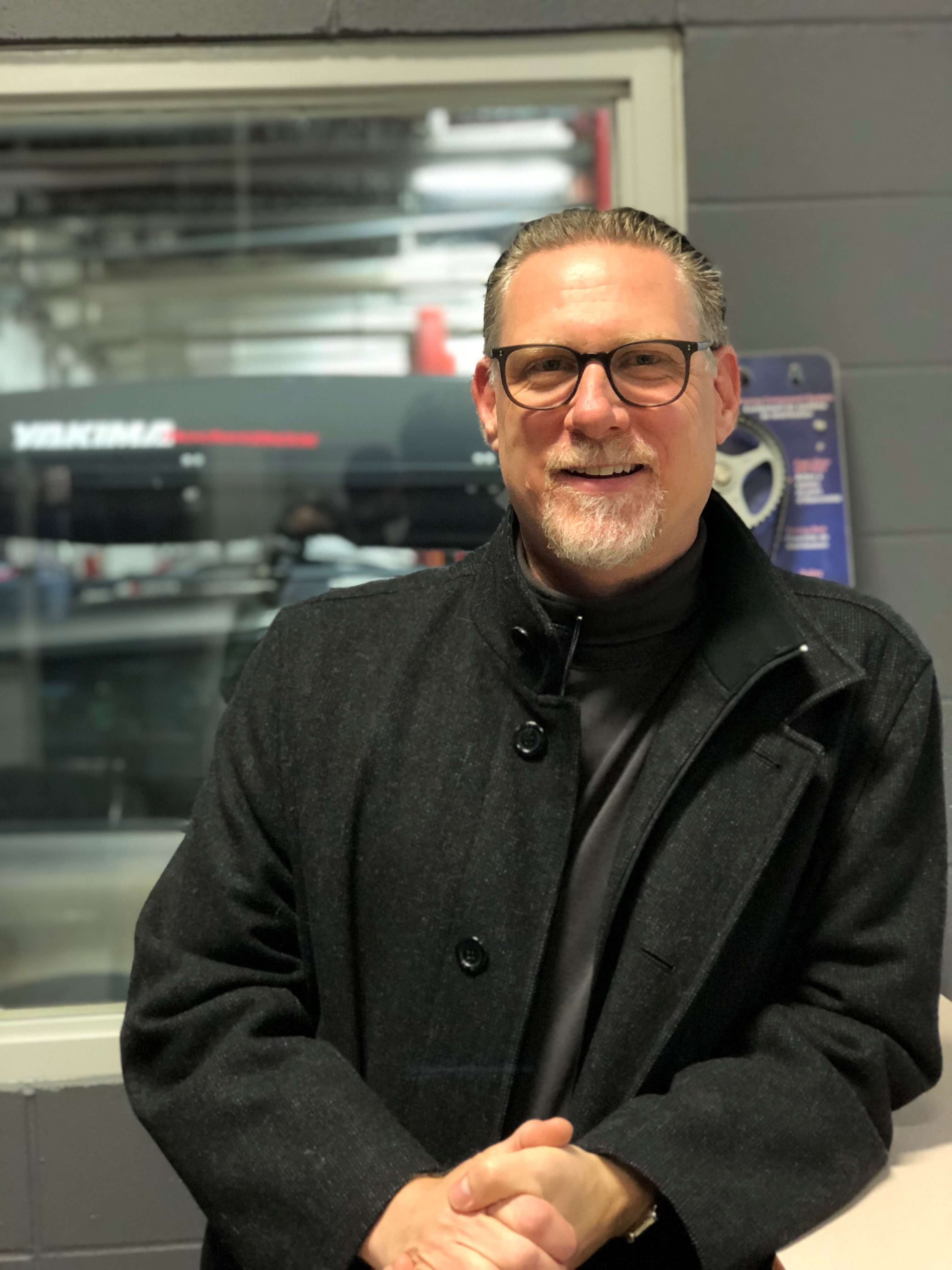 Gary’s childhood gave him a lifelong appreciation for travel and world exploration—and a knack for understanding multiple dialects and accents of the English language. He was born in Otago, New Zealand, and lived in England and United States before settling in Edmonton. His career has taken him across Canada and to international destinations, including Red Cross disaster zones like Yugoslavia where he was responsible for disaster recovery programs. Read More

John Shires is as Edmontonian as they come&mdash;born, raised, and still a devoted citizen of our city&rsquo;s community. He began his career working in Parks &amp; Recreation with the City, then moved on to a position as Director of Communications for Forestry and Wildlife for the Province of Alberta. Read More 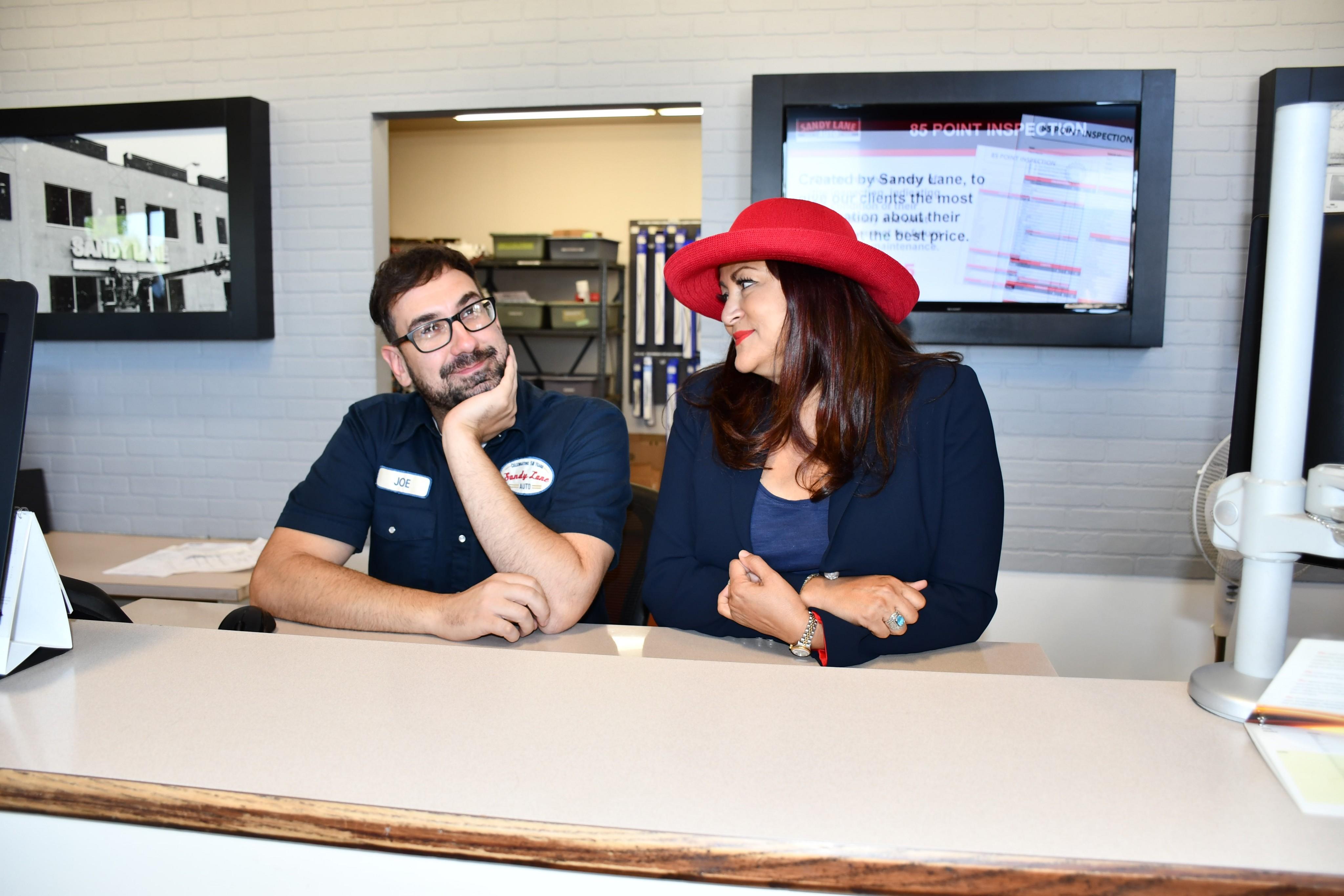 For 35 years, Bobbi Stobbart has dedicated herself to occupational health and safety, intensive care and community health as a Registered Nurse. The former Cubs leader has lived in Edmonton since 1988 and enjoys hiking and biking in the River Valley and Hawrelak Park…and she sings every chance she gets. Read More 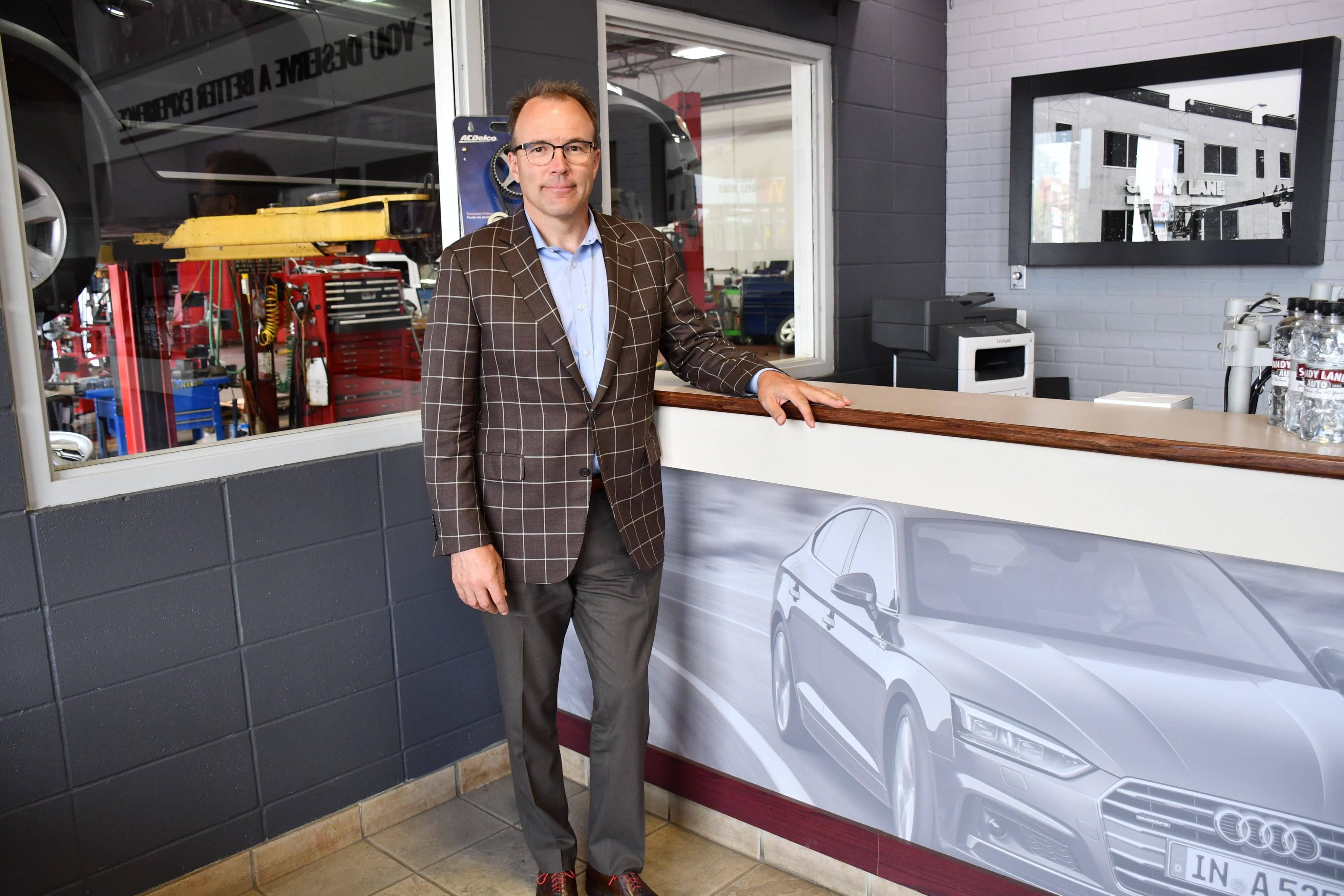 Scott Wallace’s retirement metaphor makes nothing but good sense—the longer your snowball rolls down the mountain, the bigger it will get. Start saving early is only a small part of what Scott helps his clients do. He also encourages them to have a vision—where do you see yourself living? What are you doing there? Read More

Lights, Camera, Edit! A Glimpse into the Life of Wayne Anderson 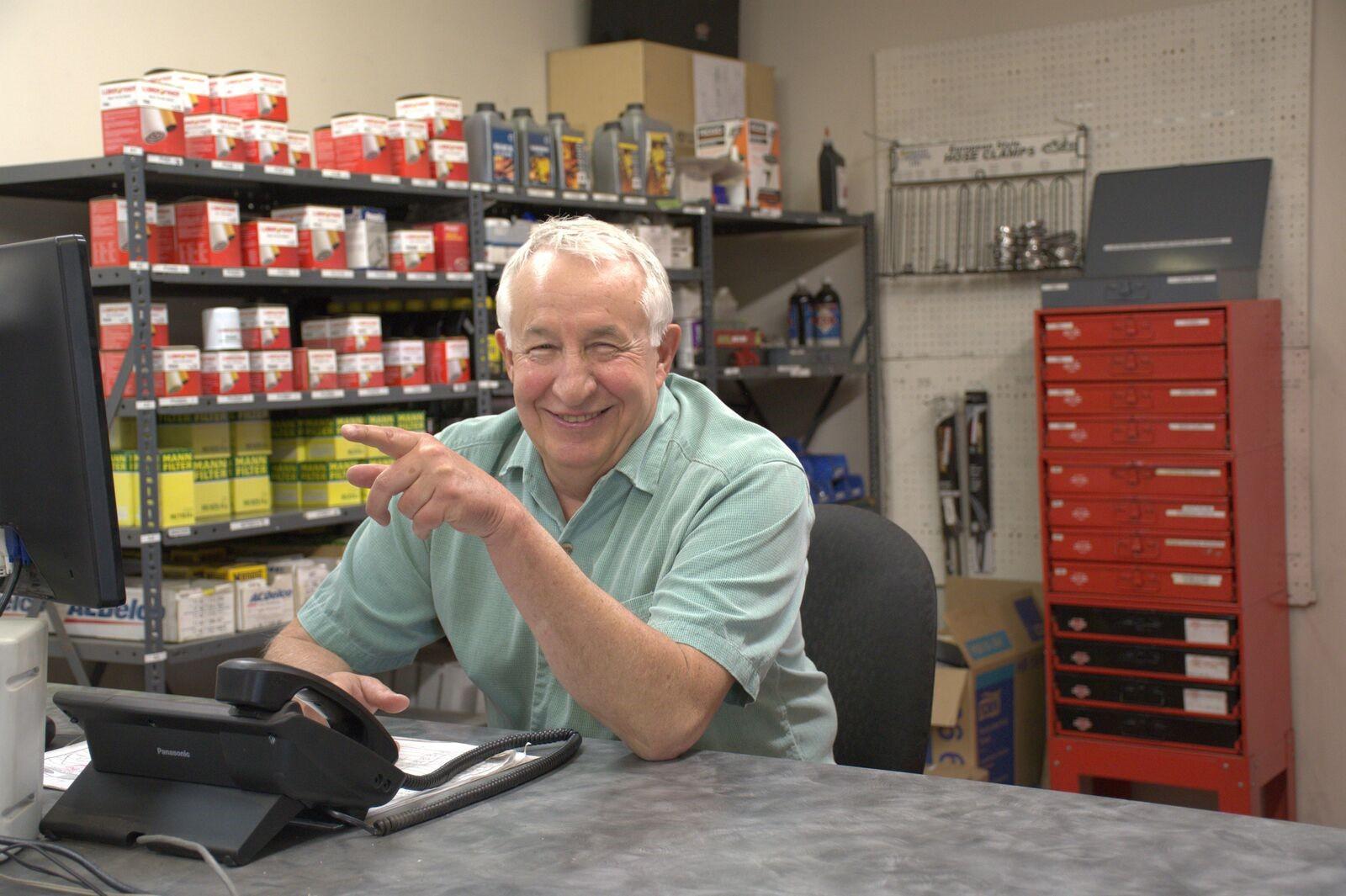 AGT, Air New Zealand, McDonald’s. These are only a handful of the corporate commercials Wayne Anderson had a hand in creating in his long and lucrative career as an editor in film and television. For Wayne, editing wasn’t work, but a daily creative endeavour. For each project, he assembled footage and script with intention, creating a story—whether it be a documentary, television show or commercial—that was memorable and impactful. Read More 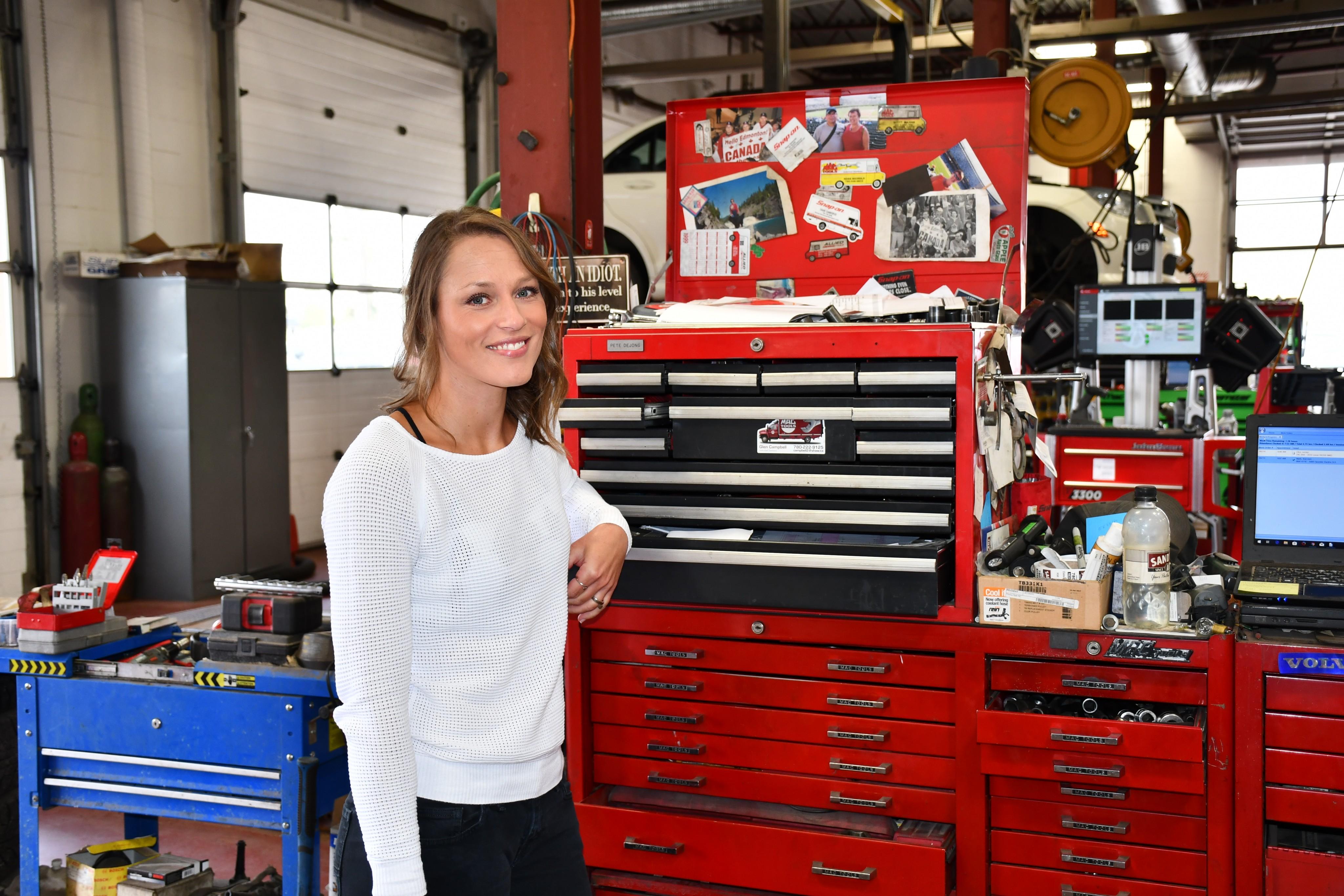 Jen and her husband first brought their Jeep Grand Cherokee into Sandy Lane when they relocated to Edmonton from Dawson Creek in 2013. Read More

After this…You’ll want to know Ron Dezman, too. 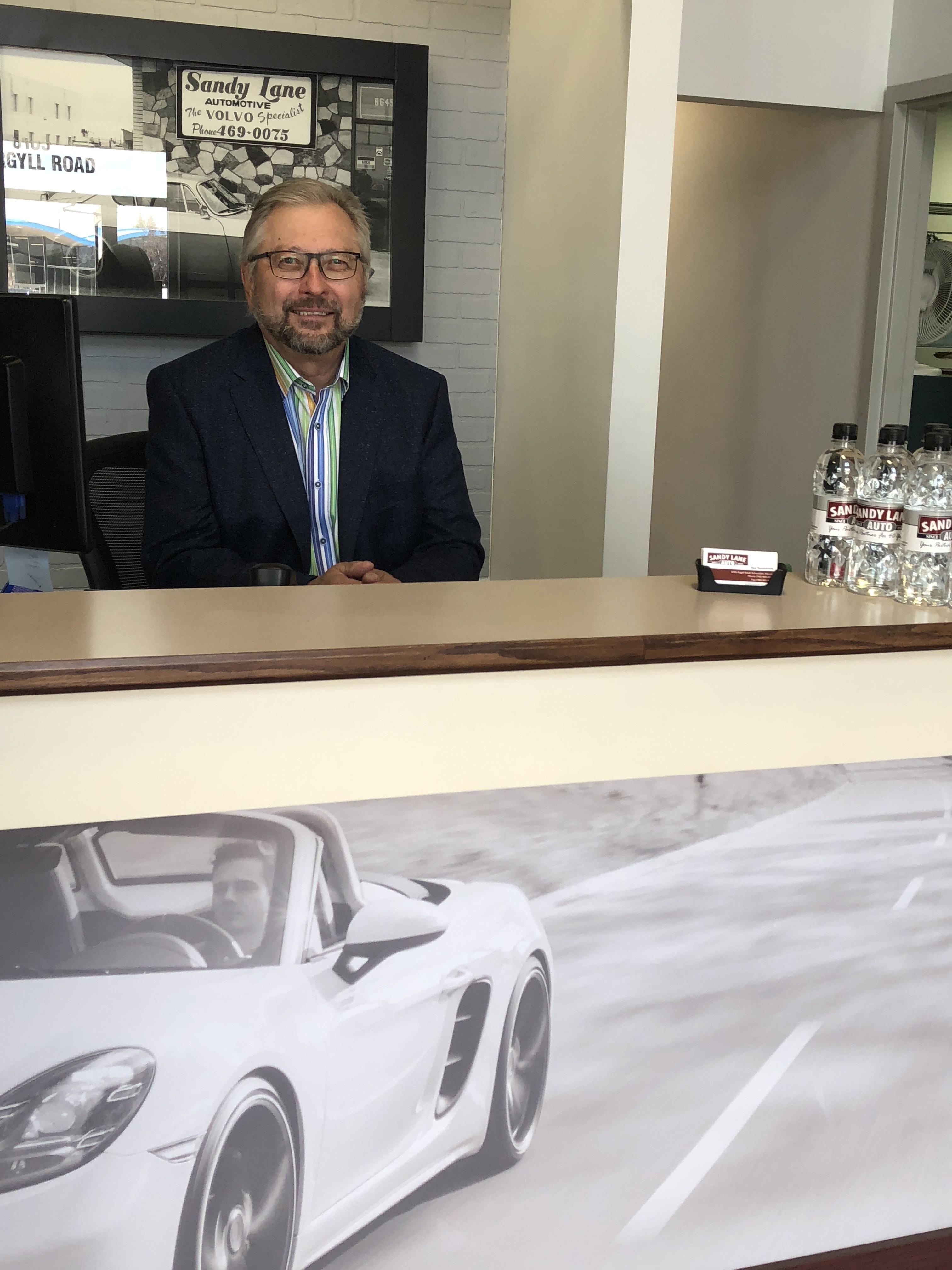 Though Ron Dezman lives in the same neighbourhood where he grew up, he has not always stayed close to home. For five years, he explored the African and Asian continents and the Middle East, coming home for short periods to work the summer months in Edmonton before setting off again. Read More

Looking for a Bit of Rockabilly? Chris Grapel Can Show You How it’s Done 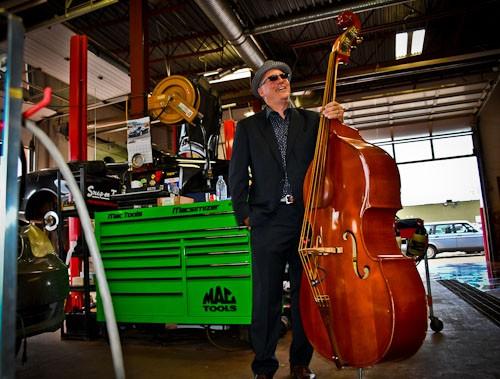 We asked Chris Grapel if he also sleeps. He told us, “Like a baby.” Read More

Bishu Fras is All About Trusted Counsel 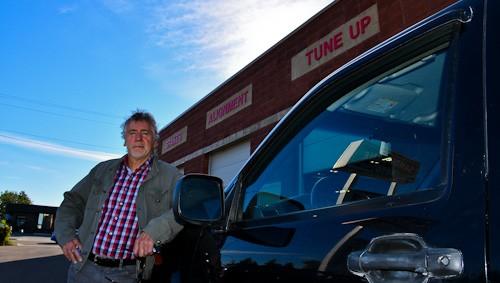 For 35 years, Bishu Fras’ world has revolved around children and youth wellness. As a counselor and practicing psychologist for schools in the County of Strathcona, he plays an integral role in student social skill development, learning assessments, and conflict resolution, as well as personal and family counselling. Read More

Forester and conservationist, Dave Watson, knows Western Canada as well as he knows his own car 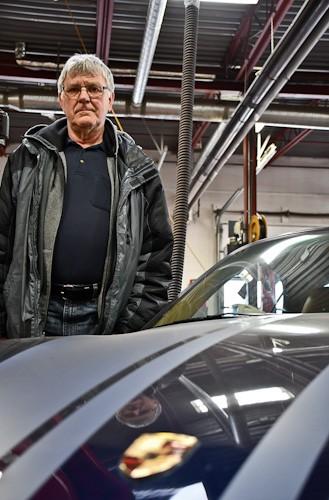 A career in environmental conservation is one way to experience the wonder of our country’s great outdoors. Over the span of his career with Canadian Forestry Services, Dave Watson assembled the pieces of the puzzle that is forest management, and did survey work and economic research related to forest fire management. He was responsible for community education and building awareness on all matters environmental, from grizzly bear conservation to canoe recreation to how smoke moves after a fire. Read More

The Kind of Customer Every Business Needs 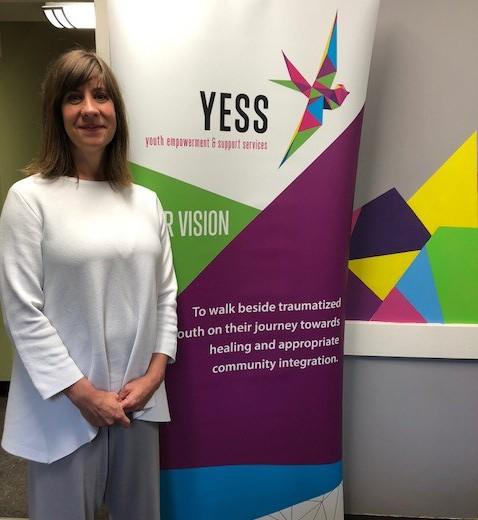 Despite her leadership being critical to the health of a community, Margo Long is not one to take herself too seriously. Even dropping her car keys in the North Saskatchewan River on a paddle boarding adventure won’t bring about panic, just a humorous phone call to Sandy Lane. (We love you, Margo!)
Read More 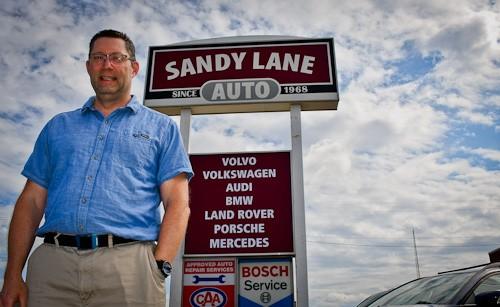 Scientist, car lover and classical pianist? We found one in Randy Goebel 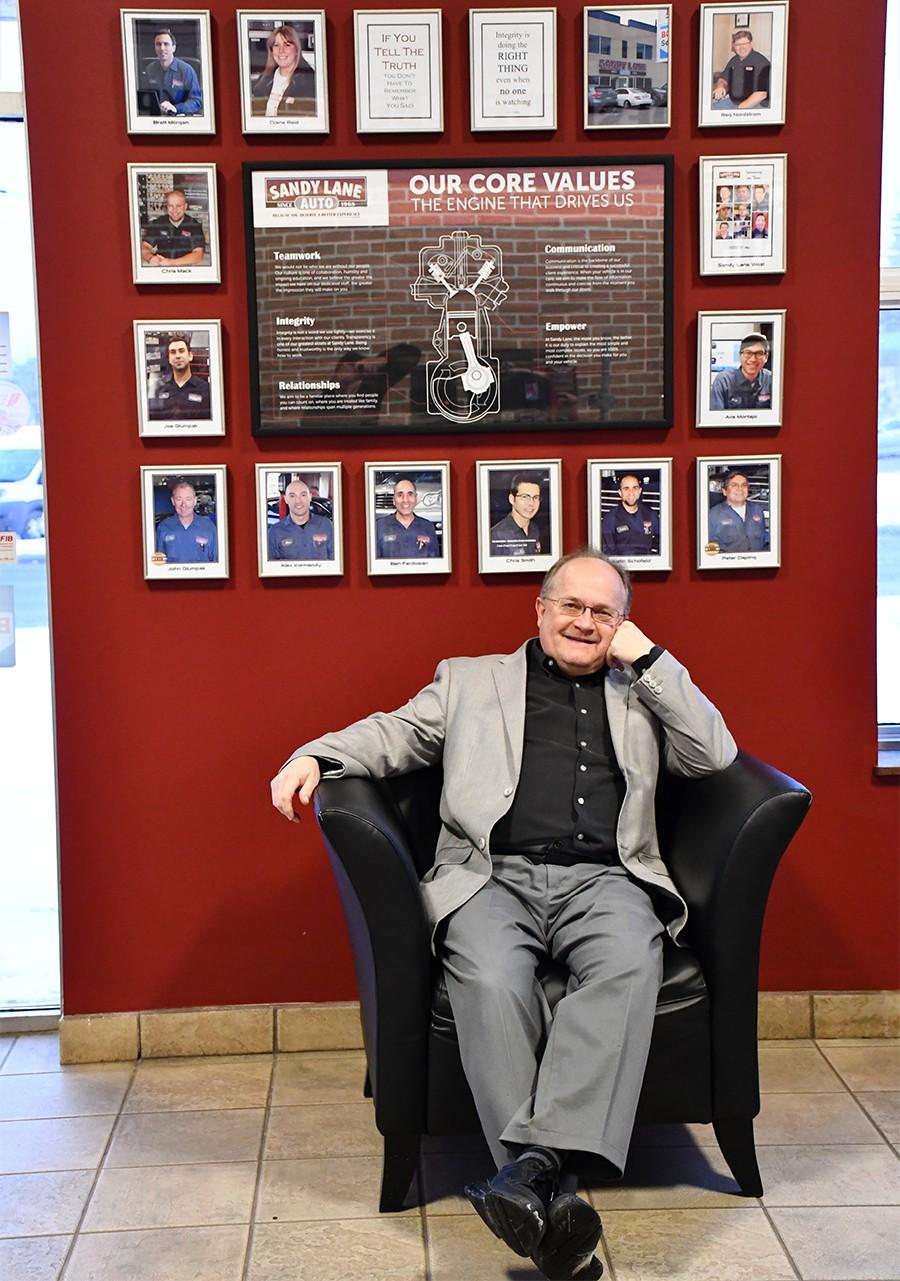 Instead of switching jobs, Randy Goebel collects them. He is a Professor of Computing Science at University of Alberta, Chief Scientist at AITF (Alberta Manufacturing and Fabrication Innovation program) Read More 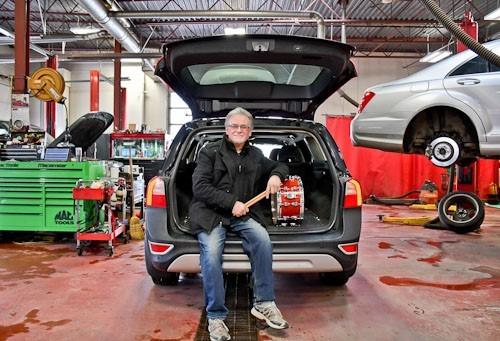 The same year Sandy Lane opened its doors, Brian was invited to play with the Edmonton Symphony Orchestra as a student extra, and has been playing everything you can strike with a mallet or stick ever since. Read More

Change of Seasons: Go to a Porsche Tire Shop for Summer Tires 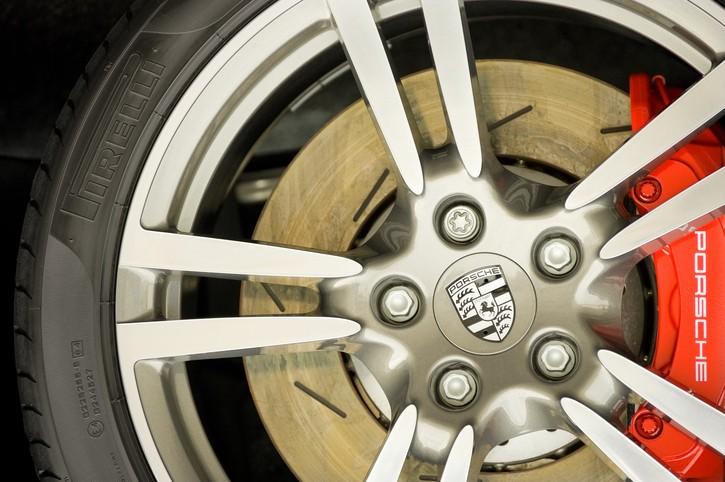